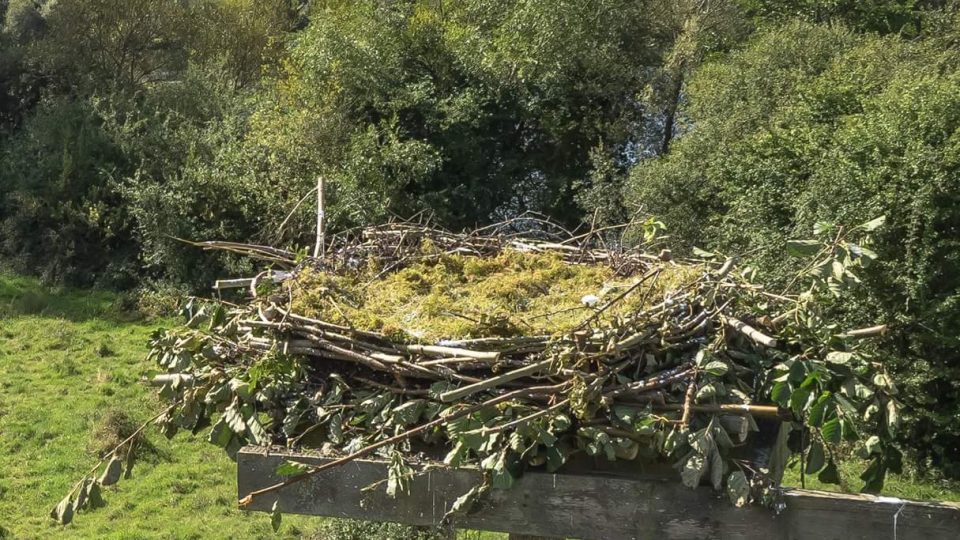 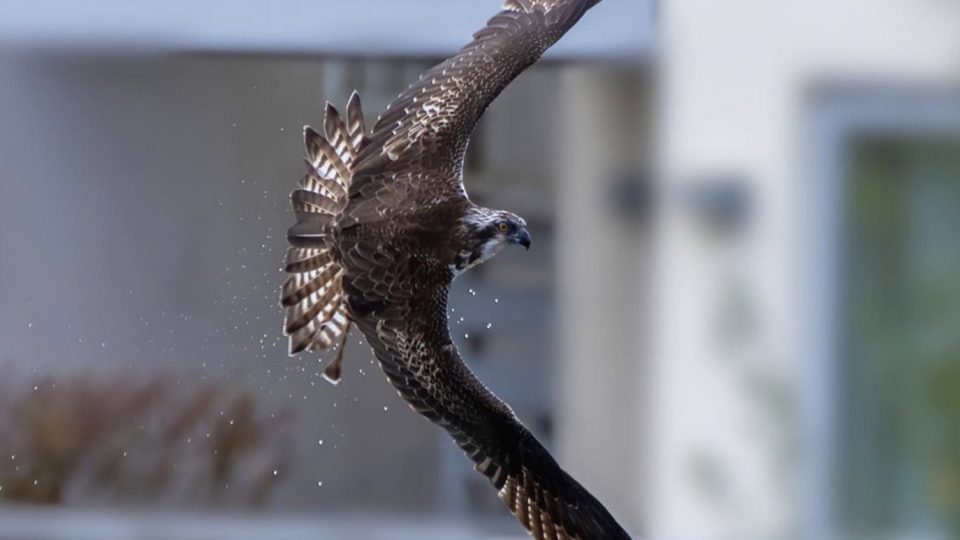 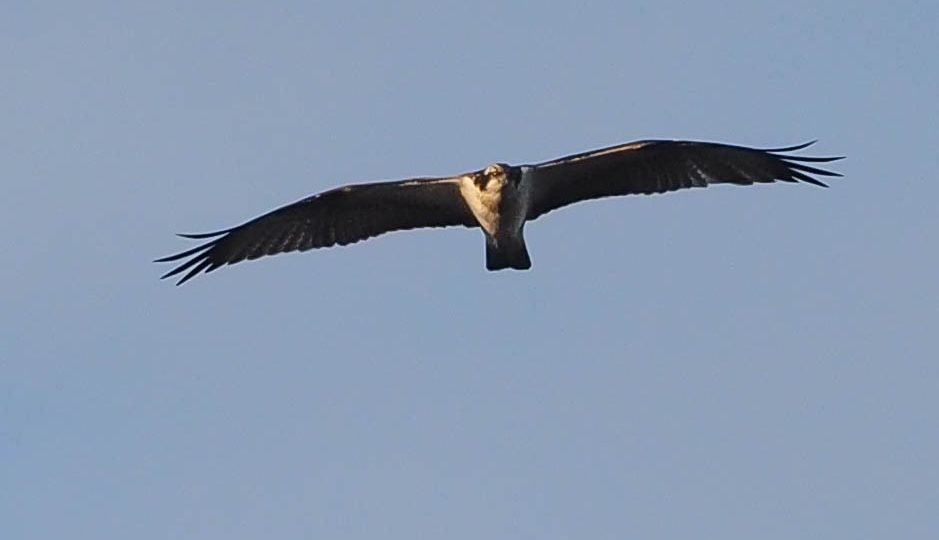 After 15 years of waiting, an Osprey has arrived at Lower Mill Estate and has been putting on some spectacular displays as it fishes in Somerford Lagoon in the heart of the development. Ospreys are awe-inspiring birds of prey. They are a migratory species, with British ospreys spending the breeding season (March-September) in the UK, then migrating to Africa for the winter. It is during the spring and autumn, as they travel to and from Africa, that some of these birds pass over the Cotswold Water Park. This is the first year that one has stayed at Lower Mill for any length of time and this is absolutely incredible.

The main requirement for these birds is a good supply of medium-sized fish, which can be caught from the surface of the water, which we have provided through careful management of our lake environments and with our approach to building with nature. To encourage Ospreys to stay we have created two artificial nesting sites at Lower Mill. As Ospreys like to build nests at the top of prominent trees, we have created these nesting sites as high as possible.

Ospreys were driven to extinction in most of the UK in the late 19th Century. A small number managed to hang on in Scotland but became officially extinct in 1916. In 1954, Ospreys from Scandinavia returned and bred in Scotland and now thanks to being given the highest level of legal protection in the UK, and thanks to a project to provide artificial nesting platforms, Osprey numbers began to increase in the 1980s.

To have Osprey stay a while at Lower Mill is testament to how we put nature at the heart of development. What an incredible visitor! With Osprey now residing at Lower Mill before they return to Africa, we can only hope they will return and start to breed on site in the coming years. Keep everything crossed!